The Finnish Center for Integrity in Sports (FINCIS) is a non-profit organisation which deals with sport ethics in Finland and co-operates with international parties. FINCIS was established in 2016 to continue the anti-doping activities of its predecessor, the Finnish Anti-Doping Agency FINADA. In addition, FINCIS is also responsible for the prevention of manipulation of sports competitions, spectator safety and other matters related to sport ethics.

Beginning of anti-doping activities in Finland

The first national regulations on the use of doping agents were prepared in Finland in the 1980s. Finland’s anti-doping activities became more widespread with the World Championships in Athletics in 1983. The International Olympic Committee accredited the first doping control laboratory in Finland.

Kansallinen Dopingtoimikunta KDT (National Doping Committee KDT) was established in Finland in 1984. In 1990, doping control was transferred to the Finnish Anti-Doping Agency, which operated in connection with the Association for Promoting Sports Medicine and Physiological Testing (Liite r.y.). In that same year, Finland ratified the Council of Europe’s Anti-Doping Convention.

After a number of Finns were caught using doping agents at the World Ski Championships in 2001, there was a strong will to promote doping control in Finland. It was decided to establish a new independent organisation, funded by the Ministry of Education and Culture using lottery proceeds. The constituent meeting of the Finnish Anti-Doping Agency FINADA was held on 8 November 2001.

The Finnish Center for Integrity in Sports FINCIS starts

Ethical issues became increasingly important. The Ministry of Education and Culture launched extensive studies concerning the administration of the new sports conventions in practice: Minister Lauri Tarasti prepared a report for the Ministry in 2014 on the administration of ethical issues in sports in Finland. The research continued at the Ministry and on 18 November 2015, the Minister of Education and Culture, Sanni Grahn-Laasonen, appointed the Finnish Advisory Board for Ethics in Sport. The Finnish Center for Integrity in Sports FINCIS was established on 28 January 2016. “Finnish Anti-Doping Agency FINADA” was used as an auxiliary name of the new organisation for the duration of the transition. 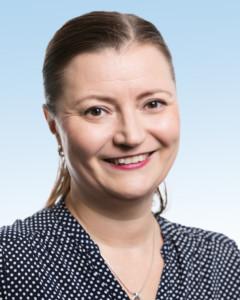