WADA’s classification of prohibited substances and methods into principal categories is based on whether the doping agent or method is prohibited at all times or in-competitions or in particular sports. The substances are divided into subcategories according to their mechanisms of action and effects.

WADA’s list of doping agents includes approximately 300 different compounds. In addition to the substances used as examples, the categories typically specify that compounds with the same mechanisms of action, i.e. compounds that belong in the same category of pharmacological substances, are also prohibited. Fewer than 100 substances specified in the list are used as medicine.

The following information about substances and methods is presented below:

Important information about applying for a Therapeutic Use Exemption is also provided.

I Substances and methods prohibited at all times

I Substances and methods prohibited at all times

In Finland, testosterone is used most commonly as a mode of replacement therapy to treat the symptoms of low testosterone levels in elderly men (functional hypogonadism) and as a short-term treatment for delayed puberty in young boys.

Compared with the doses of normal testosterone replacement therapy, the doses administered for doping purposes are unphysiological, up to 5–10 times larger doses or even larger doses. Anabolic androgenic steroids can cause the following adverse effects, which may be very severe depending on the dosage, duration of use and individual factors:

Other anabolic agents on the list of doping agents include selective androgen receptor modulators (SARMs) and certain other components, such as tibolone, zeranol and clenbuterol.

Clenbuterol is a β2-agonist administered orally in some countries to treat asthma. Tests on animals indicate that clenbuterol has a significant effect on the growth of muscle mass, which is why it is included in this group in WADA’s list. β2-agonists also improves the body’s ability to burn fats.

Clenbuterol is associated with several adverse effects of β2-agonists due to the oral mode of administration:

Erythropoietins increase red blood cell production in the body and they are used to treat anaemia caused by chronic kidney disease, for example. With them, athletes can enhance their oxygen uptake.

The adverse effects include, for example:

Human chorionic gonadotrophin and luteinising hormone increase the secretion of testosterone in men.

In adolescents, growth hormone is one of the factors that controls growth in height. It increases muscle growth, but if it is the only product used to increase strength, the effect is marginal compared with anabolic steroids.

The use of growth hormone is associated with the following adverse effects:

According to current estimates, none of the additional advantages specified are gained when normal therapeutic doses of β2-agonists are inhaled. Because of this, formoterol, salbutamol, salmeterol and vilanterol are permitted when used in limited inhaled doses and therapeutic use exemption is not needed then.

The following adverse effects may occur (in milder form when inhaled than when administered orally, for instance):

This category includes compounds that affect metabolism and hormonal balance through various mechanisms of action. Anti-estrogenic substances are used in treating breast cancer in order to prevent the estrogen-dependent tumour from growing. These substances slightly increase the secretion of testosterone and affect hormonal balance, which is why they are prohibited. Substances preventing the activation of the activin type IIB receptor that have an anabolic effect on muscles are still only being in clinical development.

“Metabolic modulators” produce similar beneficial metabolic changes as physical exercise but without the need for physical stress. Insulins, which are used in the treatment of diabetes, are considered to belong to this category as well. Due to their various effects on metabolism, insulins have a weak anabolic effect on muscles. In excessively large doses, they lead to low blood sugar (hypoglycaemia) and, in some cases, death.

A therapeutic use exemption for insulins can always be granted to patients diagnosed with type 1 diabetes.

Diuretics such as hydrochlorothiazide and furosemide are substances used as antihypertensive drugs and in the treatment of cardiac insufficiency. Diuretics remove salt and fluids from the body. They increase urine secretion and, consequently, can dilute the content of doping agents in urine. Because of this, diuretics are called masking agents, and the list contains other masking agents besides diuretics. Diuretics can also be used to lose weight in order to compete in lower weight classes.

The use of diuretics is associated with the following adverse effects, which may be severe in connection with dehydration caused by heavy sweating:

Plasma expanders, such as hydroxyethyl starch, pull water out of tissues and into blood vessels, enabling blood to enter small capillaries more easily and increasing the oxidation of tissues. As the amount of liquid in the circulatory system increases, its haemoglobin count decreases, which affects the interpretation of the Haematological Module of the Athlete Biological Passport.

The following methods of improving blood’s capacity to oxidate tissues are prohibited:

The following methods designed to prevent or hinder the detection of doping agents in a sample are prohibited:

Gene editing and cell transplants that may improve performance are prohibited.

Tests for substances prohibited in-competitions are only performed on samples taken during in competition periods.

In addition to the substances and methods prohibited at all times specified above (S0.–S5. and M1.–M3.), the following substances are prohibited during competitions:

Stimulants increase vigour and reduce feelings of fatigue as central nervous system agents. Stimulants are the second-largest category of prohibited substances in WADA’s annual lists of positive doping samples after anabolic-androgenic steroids, totalling approximately 15% of all positive samples. Most of these anti-doping rule violations are probably associated with recreational use or the prohibited additives or impurities of nutritional supplements.

According to WADA’s guidelines, a therapeutic use exemption may be granted for medicine used in the treatment of ADHD, such as methylphenidate, if the diagnosis has been made by a physician specialised in the treatment of ADHD and the patient records and surveys related to the diagnosis are submitted to the Therapeutic Use Exemption Committee as appendices to the therapeutic use exemption application.

Narcotics are morphine-like substances that are used in cases of severe pain, including post-operative settings and severe injuries. They are also used as narcotic agents due to their narcotic effect. Narcotics my improve performance in endurance sports by reducing the feeling of fatigue associated with long term physical stress.

Common adverse effects include the following:

Cannabinoids are the active ingredients (such as tetrahydrocannabinol, TCH) in plant-based cannabis (marihuana and hashish) and their synthetic derivatives. The use of TCH for medical purposes is very rare.

The possible performance-enhancing effect of cannabinoids is based on their sedative effect, although they primarily reduce performance due to their adverse effects. One of the reasons why cannabinoids are prohibited is that they violate the spirit of sport. Most anti-doping rule violations are probably associated with recreational use. Cannabidiol, which is used to treat severe epilepsy in children, is not prohibited as it does not produce the typical euphoric effects of cannabinoids.

Common adverse effects include the following:

Glucocorticoids are prohibited as they may increase the body’s tolerance to stress and their euphoric effect may reduce the feeling of fatigue related to physical stress when larger doses are administered. However, there is only little clear evidence that glucocorticoids improve athletic performance. 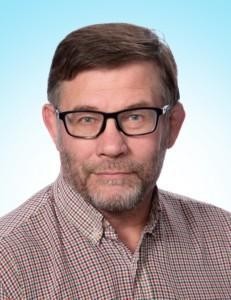